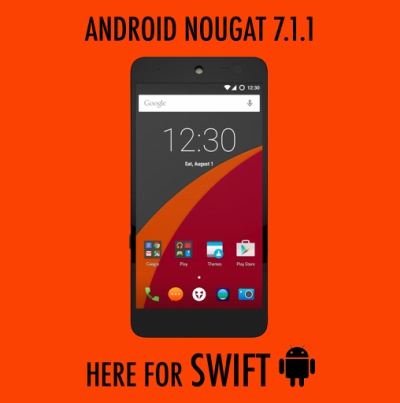 I like my phone. I have a very specific need for my phones, they have to be dual-sim. I used to have a couple of Motorola Gs but after the screen broke at the last one, and I messed with the speaker on my attempt to change it, I was looking for a new one. I ended up getting a Wileyfox Swift. It had CyanogenOS and I believe everybody is familiar with CyanogenOS end of operations some months ago

Wileyfox rightfully decided to move away from CyanogenOS and created a Nougat update. I happily installed it, and the phone looked alright. Somehow lagging in some activities, but I was expecting that would be ironed out eventually. Unfortunately, the same day my phone powered off on its own as it ran out of battery. Not very common, yet it happens some times. And that's when my troubles started. See, the phone now refuses to charge. I plug it in the charger (any charger), it says charging, but it stays at 0%. And it reboots itself every 5 minutes. So it's pretty much useless. I had to dig out one of my old phones to try to stay phone-connected for a while. And I keep wondering how can someone mess up with the charging function! I just hope Wileyfox figures it out soon, and I get my phone back; although now my concern is, if the phone reboots every 5 minutes and does not charge, even if they release an update, how am I supposed to install it?

Update : just 6 - 8 hours after my question, Wileyfox customer care came back with a suggestion: to update Google Play Services. Although I do not understand why it was not upgraded in the 6 hours that it was properly working, the fact is that the moment I enabled networks again (I had put it in airplane mode, just in case I could avoid energy drainage) it auto-updated Google Play services and it started charging again. It's painfully slow to charge (more than 6 hours from empty to 100%) but that's another problem, for another time.