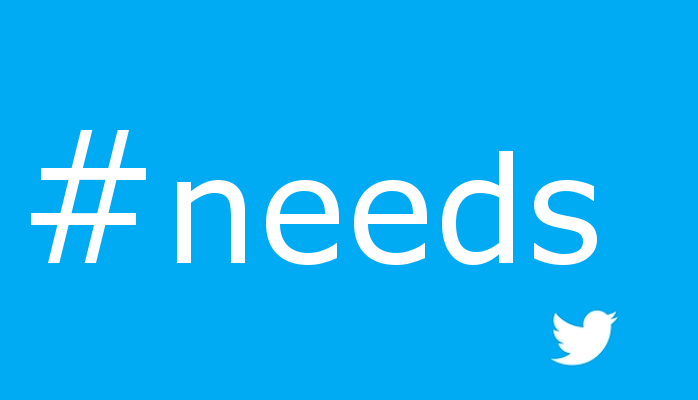 Earlier this month (that is, January 2016), news came out that Twitter is considering raising the character limit from the current 140 characters, to 10.000 characters. Is this the right thing to do?

What does this mean?

In business terms, this is a change to the concept of the service. The concept so far was to have short and to the point opinions and comments about current events from people I choose to follow. More opinions, from more people, form the timeline which one can read and get an understanding in a glance. I don't know if that concept was the initial idea of the creators, or just emerged and developed through the usage and (enforced) limitations of Twitter, but it is what it is currently. Raising the limit to 250 as an example, would maintain the current concept, not change it. The timeline would remain the same, and I would still read short and to the point opinions. But raising the limit to 10.000 characters is a completely different approach that changes the concept of the service. A service that will not be unique any more, since an obvious, immediate competitor that comes to mind is LinkedIn's Pulse. The whole idea of Twitter's timeline will have to be reconsidered, and my guess is that we will end up reading titles instead of opinions. Aren't click-baits and links to other sites the equivalent to that now?

People are linking to other sites, or posting pictures with longer quotes instead of short tweets. Not everyone does so, but many do, so there is actually no content in the tweet itself. From that perspective it may make sense, but I have my objections: This is how all current major social media work. LinkedIn and Facebook are in the exact same situation. But Facebook had provided "Notes", and LinkedIn is providing "Pulse". Guess what. People still post links and pictures, because the content they want to share is not always theirs! By raising the character limit, this will not change much. Additionally I don't believe Twitter will show the whole tweet! It will probably show a part of it, and provide a link for the rest of it (or let the user expand and see the rest of it). Functionality - wise, how much different is this from the current setup? From where I'm standing, not much.

A risk worth taking?

As every business person knows, changing the concept of the service is not an easy task. It's like introducing a completely different service, hoping that your current customers will gladly abandon the habits they have built by using your service, and adapt your idea. It may work, or it may not. It did not really work for Foursquare as far as I know, when they decided to split to Foursquare and Swarm... Likewise, if people were attracted to Twitter by the concept I described earlier, they will probably wait for the next twitter-clone to appear, and a new social medium will appear to fill that gap. In my mind, changing a unique offering to be more similar to everybody else's looks like a bad business decision. Of course I believe that Twitter's management team has done it's analysis, and has a good view of what people want.

The question is, even after Twitter's analysis, is what people think that they want, what Twitter actually needs? I believe not. I think Twitter should not change the number of characters so drastically. Instead Twitter should add tags that would not count to the current character limit, and allow users to follow other users' posts (instead of all the posts of the specific users), based on tag combinations.

How would that work?

Would you follow Antetokounmpo for his opinions about Politics, or Obama for his opinions about BasketBall? Probably not, but people are not uni-dimentional. People have interests, and tweet about all their interests. And people make friends based on their interests, but they make sure in their discussions and gatherings, they talk about what interests all parties present. That idea / concept is missing from Twitter. If people follow me for example, they will see Greek posts about politics and my every day life, and English posts about information security and risk management, IT and global economy and business. Not everybody is interested in all of those, and the use of tags can fix that. Immediately and painlessly, since people will be able to choose which posts to see (e.g. only English posts about Information Security and IT, or only Greek posts about Politics).

I never post anything in Czech since I don't understand the language. Despite that, I see many advertisements in Czech, because I live in Prague. Twitter's targeting algorithm for advertisements is inefficient, but it's not the algorithm's fault. It's the lack of meaningful data that makes it inefficient. If Twitter could guess my interests based on the tags I have chosen to follow, then targeted advertisement raises to a completely different level.

If that targeting is done right, it generates value for advertisers, and makes twitter a more attractive advertising platform. It is also less frustrating for the end user, so it's clearly a win-win-win (advertisers, medium, users) situation.

If you want to introduce something new to your customers, you have to "sell" it to them. Although the end users are not the customers, they have to be treated as such, because if they leave, the real customers (advertisers) will leave. I don't know how the idea of 10.000 characters will be presented, but I believe the idea of tags will be easier to push and sell as it gives a significant advantage to users; to unclutter their timeline and get rid of much of irrelevant content.

I know many people and organizations that have more than two different accounts, to differentiate content. The Pope is a high-profile example, the European Parliament is another. These people are using workarounds, and that only reminds me what I usually say:

The workarounds are opportunities. All you need to do, is identify which lack of functionality they are compensating for!